Upstairs you’ll find a display of beautiful Dark and White Collection of engravings of the Peak District – a wonderful artistic surprise! Here’s a little information about two of them.

Clulow Cross stands on a prehistoric barrow just off the A54 near Wincle, camouflaged by a clump of beech trees with trunks of similar appearance to itself. It is classified as a Mercian pillarstone, i.e. dating from the Anglo-Saxon period, and is an unusual round pillar. It is almost certainly in its original setting as a waymarker – on a clear day you can see down a wide valley to Manchester in the distance. If you drive up to it along the little road from Macclesfield, you come over the brow of the hill, and suddenly the wild high landscape lies ahead, and it feels like the entrance to the High Peak. It was probably a reference point even in prehistoric times.

It appears at the end of Alan Garner’s novel, The Weirdstone of Brisingamen, and still today the place feels slightly eerie and significant. There are several other ancient stones in the area but this is the most striking.

The engraving was done by Paul Kershaw, who saw it on a snowy February day in 2012. 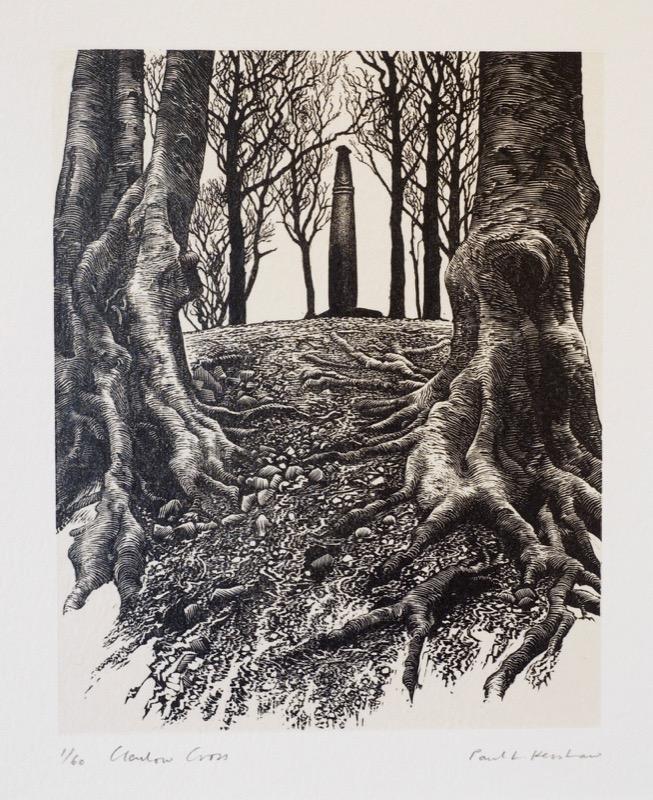 Half an hour’s walk from the barn is this little settlement. Invisible from the road, up a narrow, steep-sided valley which goes nowhere, all that is left now are these two abandoned farms. One family lived here for 600 years, until 1909, and it passed into other hands. The last farmer left only 5 years ago, but they seem to be a glimpse into a very distant past.

Hilary Paynter came here in March 2013, looking for subjects for her engravings, and experienced a rare late spring blizzard which closed the roads. She saw this collection of buildings and knew it would make a very special picture. She made it her Christmas card last year! 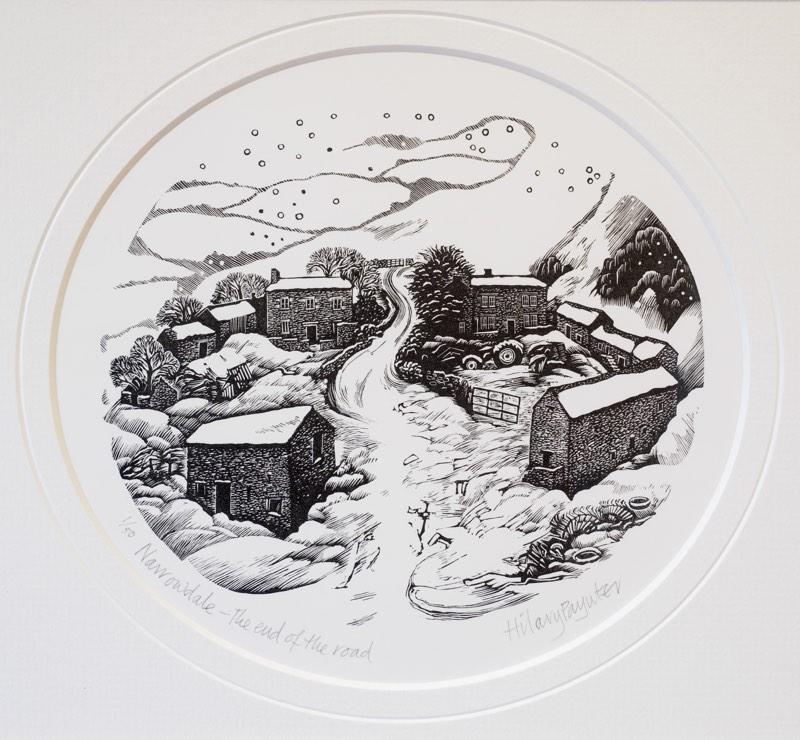